A New Path for Computing

Imagine rapidly and easily achieving High Performance Computing (HPC) in homes, cars, airplanes, schools, cloud, edge, space and where the most data intensive business and scientific applications reside, at hyperscale. All at much lower cost, space and energy consumption. It is a world changing vision, backed by innovative ideas and solutions. 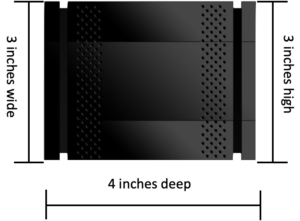 It all starts with just one Gem modular computer. It’s a small, but powerful machine. It’s much faster than any machine with similar internal processors, and that’s not all. It uses less energy as well. Every other computer system in the Gemstone Series will be built by attaching/stacking Gems designed for the specific use case. 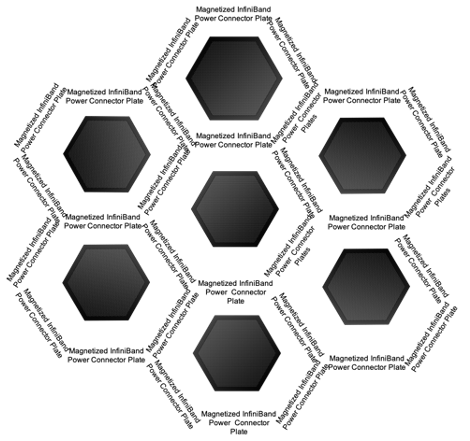 If more processing speed, memory, storage and practically any other internal component is needed, simply attach another Gem. If the requirement calls for HPC, simply attach as many Gem computers as needed, often without adding network or power cables. This is the most highly accessible pathway to HPC that the world has ever had. The applications are endless.

HPC in the Cloud is not new. However, getting orders of magnitude better performance and efficiency in the Cloud and on the Edge is a game changer.

HPC in the Cloud

Every Cloud data center in the world is concerned with Power Usage Efficiency (PUE), space and processing performance. These three measures are critical factors in a highly competitive market. Our new cable-less (power and networking provided via 8 interconnect plates  1 per 6 sides, front and back) hex-cluster design for servers, combined with our adaptive software products, offers big gains in all three critical factors. Essence continuously manages hardware for optimal efficiency, while delivering unmatched performance. The path towards significantly more efficient IT environments is greatly improved.

HPC on the Edge

Whether business operations are totally disconnected from the cloud or simply require HPC close to the data, the ability to rapidly and cost effectively create highly scalable computing clusters provides new ways for business to adapt to changing business needs. Hexagonal architectures are easy to adapt with Essence technology. Adding additional resources with new features is as simple and easy as attaching more Gems to the cluster that provides more of what’s already present or entirely new components (e.g. faster processors, different sensors, more memory, etc.). The Essence apps dynamically adjust as if they detect a new machine. HPC can happen on the Edge like never before. 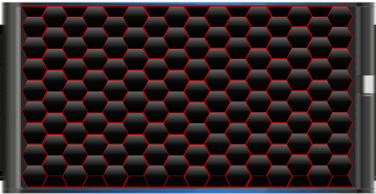 (A Hyperscale Machine – Build it with Gems in a Single Day) 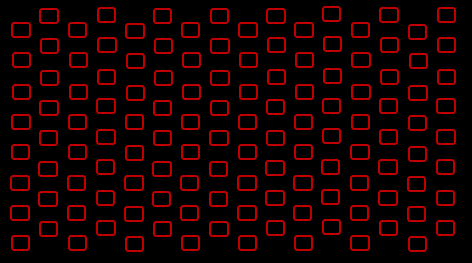 According to exascaleproject.org, “The fastest supercomputers in the world today solve problems at the petascale; that is 1 quadrillion (1015) operations each second. While these petascale systems are quite powerful, the next milestone in computing achievement, exascale, will be transformative because of the degree of problem-solving capability it will enable—and the benefits in our everyday lives will be far-reaching.

In the most basic sense, exascale is 1,000 times faster and more powerful than petascale. Exascale computing refers to the capability to perform a billion billion (a quintillion) operations per second. The Greek prefix “exa” means 1,000 multiplied by itself 6 times. Exascale is denoted as 1018, or as 1 followed by 18 zeros.

At a quintillion operations per second, exascale computers will more realistically simulate the processes involved in scientific discovery and national security such as precision medicine, regional climate, additive manufacturing, the conversion of plants to biofuels, the relationship between energy and water use, the unseen physics in materials discovery and design, and fundamental forces of the universe, and myriad others.”

Now, imagine getting to exascale at a fraction of the cost, space, and energy consumption of systems currently being built. Instead of taking 2 or more years to build an exascale machine, imagine the project taking a day or less.

We’re excited about the benefits to mankind that are on the horizon.

A New Software and Hardware Design for Enabling HPC Anywhere™

We created the Essence® Platform, an adaptive solution that auto-generates, auto-tunes, auto-synchs, and auto-scales machine-level instructions in real-time. The results are much faster processing speeds in smaller space and lower energy costs, while bridging the gap between human intentions and machine behaviors.

Instead of the standard rectangle shapes for computers and servers, we chose a hexagon shape. Our Hex-tube enclosure design, combined with auto-tuning, auto-synching and auto-scaling software, gives us a highly efficient topology that makes scaling hardware as fast and easy as attaching Lego Bricks®.

Essence allows us to combine and remix existing AI algorithms (e.g. TensorFlow, Caffe, etc.), other code written by engineers, with our own generated auto-tuning, auto-scaling and auto-synching algorithms all on the fly.  The result is an AI Superset (combination of many AI algorithms executed at the same time).

Essence provides higher levels of parallel execution than any other solution to date. This enables computing systems to do more with less compute resources and data samples. When the task is bigger, simply add more hardware and Essence dynamically adapts. 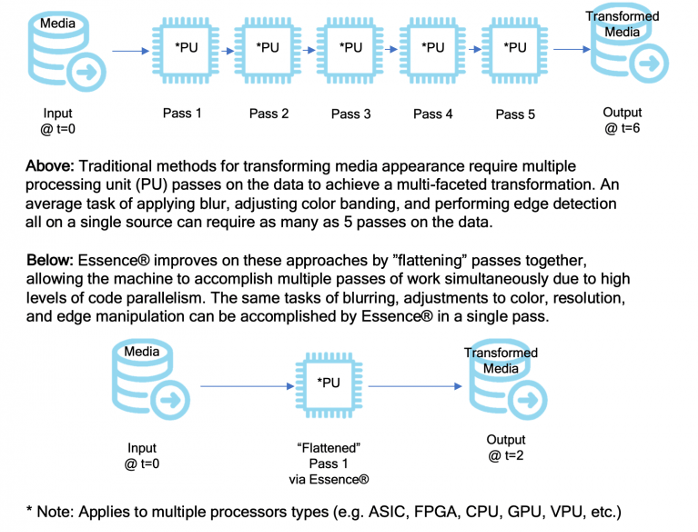 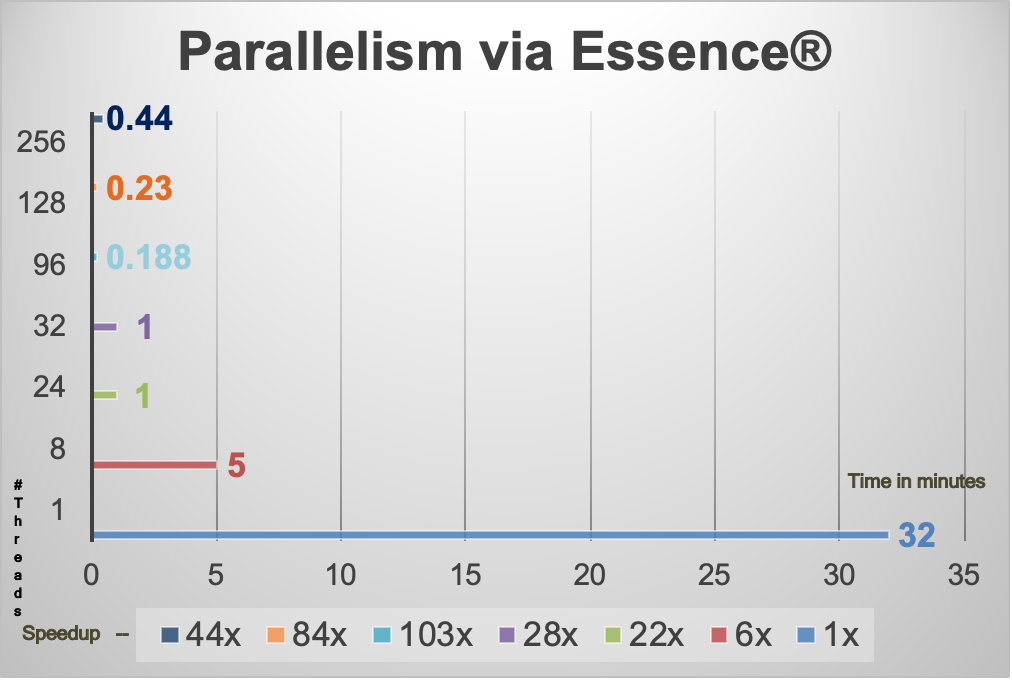 Tests have been performed across many architectures. Tests via a 2011 Mac Pro resulted in reduction in processing time from 32 minutes (serialized) to 18.8 seconds (parallelized) and 103X speedup.

Essence®:  A New Level of Acceleration:

Essence automatically finds the optimal code profile for maximum speedup without the need for a team of engineers conducting expensive code optimization.

Adding more processors does not provide the greatest improvement in performance. It is eliminating serial code and detecting other limiting factors (e.g. I/O bottlenecks) at runtime that makes the key difference. 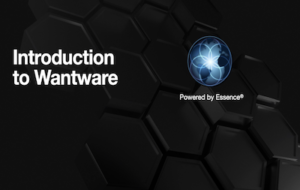 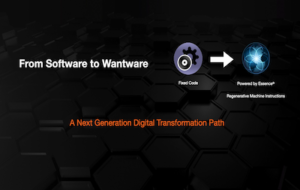